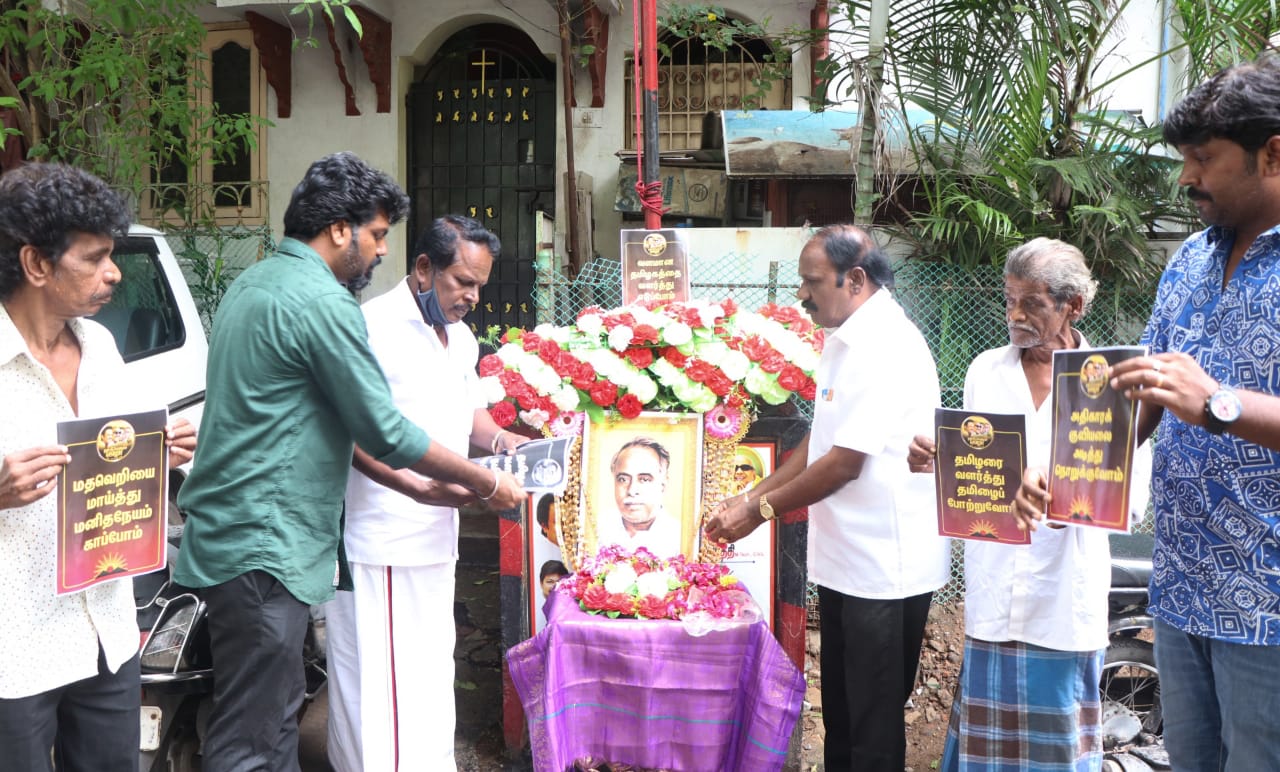 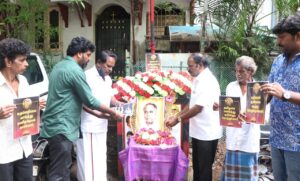 Cadres of the DMK party in R. A. Puram remembered C. N. Annadurai, founder of the party on his birth anniversary that falls on Sept.15.

A small group of them set up Annadurai’s portrait at the base of a DMK flagpole on St. Mary’s Road and adorned it with fresh flowers.

Similar events took place in a few other areas in the Mylapore neighbourhood.

Besides founding and then leading the DMK party, Annadurai was a powerful orator and popular writer and was instrumental in changing the name of the state from Madras to Tamil Nadu.

It was the anti-Hindi agitation that the Anna-led DMK held rather strongly that led to the party’s victory in elections to the state Assembly.in 1967.