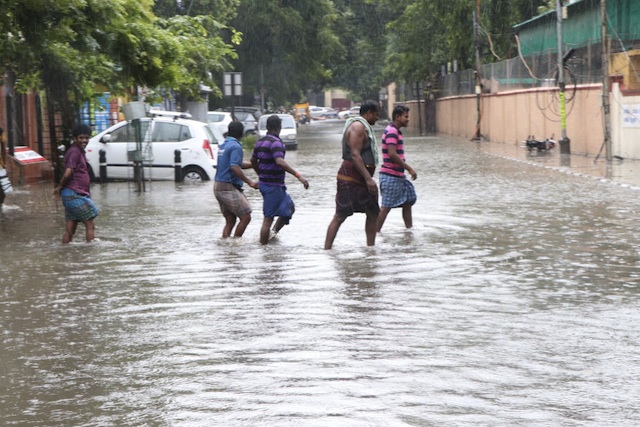 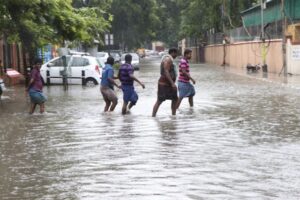 People woke up to see flooded streets and roads which had water to levels of at least 2 feet in height. The rain, which began late on Wednesday night continued through the morning of Thursday, October 29.

Flooding was seen on Luz Avenue and in Abiramapuram’s streets, on the busy, arterial Royapettah High Road as well as a place which always gets flooded after any spell of rain – P S Sivaswamy Salai.

In some places, the water drained off by noontime since the local area drains could channel the rainwater. But in inner colonies where the drains are absent or weak, the water remained on the streets and created a mess.

In many areas, workers of stores located on main streets were seen trying to lead the flood water into drains by clearing the muck and waste that blocked the flow of water.