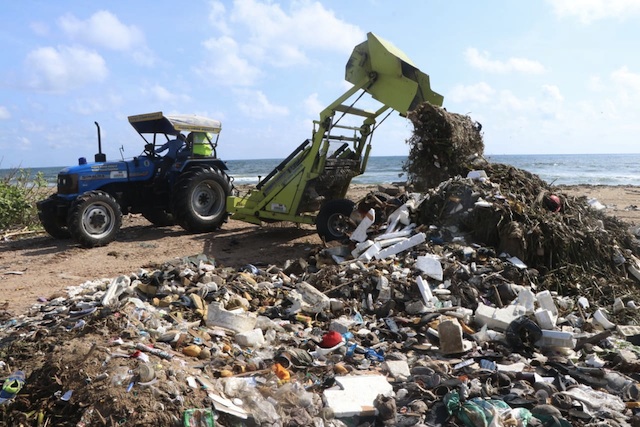 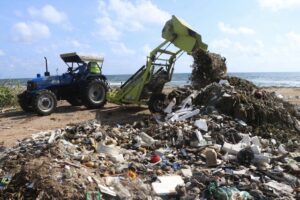 A huge amount of waste gets washed up on the sandy shores on the south and east end of Srinivasapuram at the far end of the Pattinapakkam area.

The waste consists of glass, plastic, board and cloth besides oily muck that gets washed down the Adyar river which empties itself here into the sea.

When it rains and the flow in the river is steady and strong, all the waste that gets dumped into the Adyar river upstream, either runs into the sea or gets washed up on Srinivasapuram’s shores.

Today, state officials got workers to undertake a clean-up; vehicles and JCBs were employed to clear the muck. 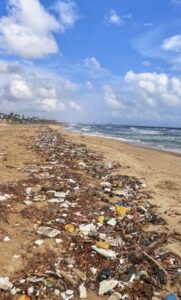 Srinivasapuram residents are also responsible for dumping their own waste into the waters of the Adyar estuary on the western side of the colony. The puram is highly congested with wage-earners and migrants now living here in shacks rented out. Besides, there are dozens of illegal make-shift houses and all these residents also dump domestic waste into the river waters.

Residents point fingers at the city’s civic body, saying the officials do not provide enough bins and staff to clear their waste regularly and often clear waste only on and off the streets and do not cover inner areas.