A few residents of TNSCB tenements at Srinivasapuram have temporarily shifted to their relative’s places at other parts of the city to protect themselves from the cyclone.

Says Deepa, a resident of this colony, “Although there is no flooding, rainwater steadily leaks through our roof. Also, as we live close to Marina beach, there is a possibility of us getting affected by floods during the cyclone.”

In addition, since the TNSCB tenements are some 40 years old, she says they may collapse if there are heavy rains and strong winds. “So we have temporarily shifted to my relative’s house in T. Nagar. This place is relatively safe and is not prone to flooding.”

She says that some of her neighbours have also shifted to their friends/relatives places. This has been happening since the past few days. “We intend to return to Srinivasapuram once the situation returns to normalcy.” 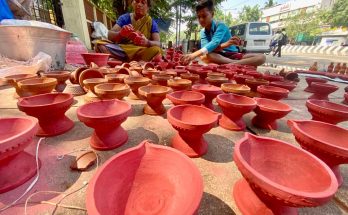