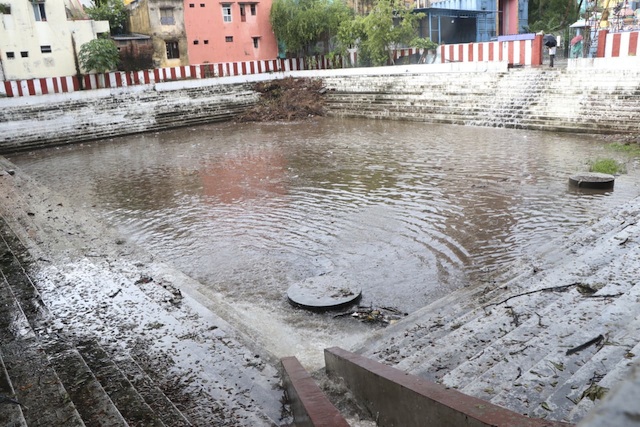 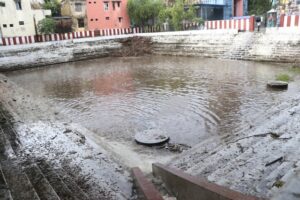 If there is one temple tank that calls for cleaning up then it is the tank of Sri Virupakseeswarar Temple in the northern side of Mylapore.

Over the past months, due to the on and off rain, vegetation has taken over this tank; there are even a few shrubs that are now some two feet tall right in the middle of this small tank.

The positive news though has been the steady flow of rainwater into this tank when it has rained after the north-east monsoon broke out some days ago.

Rainwater that falls on the Bazaar Road on the west side of the temple campus flows into the campus and into the tank because of the sloping gradient here.

Rainwater falling on the streets alongside the temple also leads into the tank because a few pipes that were set up here to do this job are channeling the water.

But because the ground water is sucked up by private bore-wells installed in all the residences around this temple, the water in the tank disappears in 24/48 hours.