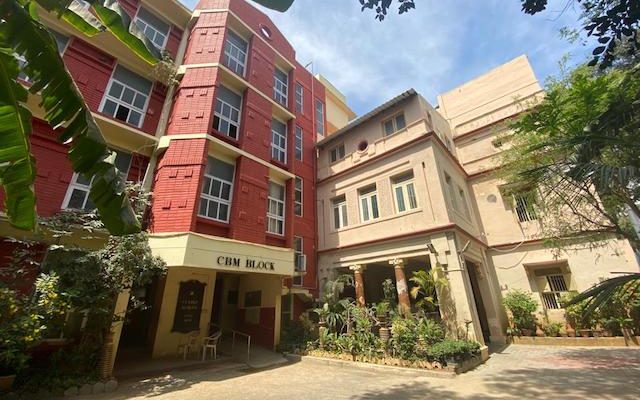 A postponed golden jubilee celebration has had to be held over one year later.

This is the case with the celebrated Clarke School for the Deaf located off Dr. Radhakrishnan Salai, Mylapore. Founded formally on April 14, 1970 by two people at a house on Chamiers Road, the institution had drawn plans to celebrate the milestone grandly.  In April 2020.

But that was not to be. For, in early March 2020, it was evident that the country and the city was being enveloped by the virus. Plans had to be dropped quickly and the school closed shut – it hasn’t opened since save for faculty and admin team meets.

Plans included upgrading the Audiology Lab and a grand cultural programme that showcased the skills of the children at the jubilee show. Plus, bringing on stage all the alumni who had made a mark in life.

Says S. N. Srikanth, secretary of the society that runs Clarke School, “There wasn’t much hope of holding the jubilee at least this April 14.  Plans are on hold.”

Meanwhile,  the faculty, some 25 have continued their one-on-one and broader online classes – this has been a challenge in times when the special children they handle get hyper and are distracted too.  The kids’ parents have also been trained to handle the ‘new’ situation.

Srikanth says the faculty have done a wonderful job in a difficult year. And that the support of sponsors has kept them going.

Clarke School was founded by Dr. P. Leelavathy, now in her 90s and late Dr S. K. Nagarajan. It has a satellite centre in Kelambakkam.. It is known for its unique skilling and education of special children -hearing disability, multiple disability and the deaf-blind ( intellectually challenged),