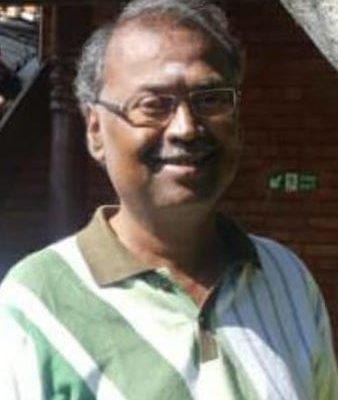 Junior state basketball player from the 1970s, S. Venkatramanan fought many a tough game on the court and won but he failed in a weeklong fight with Covid at MIOT Hospital and passed away on Monday (May 3).He was 60.

He retired after almost a three-decades long career in Hindustan Lever (Unilever).

His basketball teammate from the 1970s, K Sundar, now an international golf referee, played with him for many years and recalls the days at the basketball court on Venkatnarayana Road. “We played for the Junior Basketball Club and every evening would meet at the court on Venkatnarayana Road opposite Natesan Park. He swapped between forward and center pivot positions and was a tremendous team mate. While he called him Ramana, his pet name was Chetty.”

Chitra Ravichandran, mother of India cricketer Ashwin, worked for over two decades with Venkatramanan at HUL. She recalls the association, “He came to HUL through the Ponds merger in 1991. After working in Sales for a few years, he moved out of his comfort zone and joined the HR department in 1997. We worked very closely for over 20 years in HR. He was a sweet person, pious and one with a helping tendency. Every morning, starting 4.30am, my husband, Venkat and I would go on an hour long walk along the Cathedral Road – R K Salai stretch. He was such a disciplined person that even during the pandemic he would call us for the morning walk.  ”

S Vijayalakshmi is currently a Master Coach and President of International Coaching Federation, Chennai Chapter. She was the HR Head-South, HUL and his boss there for many years. She has fond memories of Venkatramanan “He reached out to me only recently with the good news of the birth of his grandchild and the suddenness of his passing away is shocking. He connected well with people and they could reach out to him easily.”

Venkatramanan’s elder brother S. Srinivasan, a top notch cricketer, played for Bombay and Tamil Nadu in the Ranji trophy says that his brother was a kidney recipient from his mother, 18years ago. He recalls him as a ‘picture perfect gentleman.’

Venkatramanan was a resident of Subramaniam Street, off St. Marys Road.