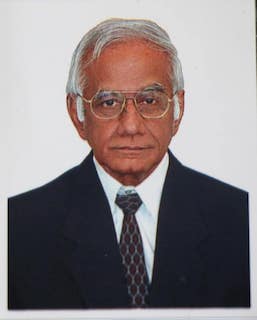 One of Mylapore’s most loved and respected doctors, Dr. S. Nageswaran passed away on Friday night, May 14 at his home in Poes Road 2nd St. in Teynampet.

His clinic is on TSV Koil Street, off South Mada Street.

The doctor, following in the footsteps of his doctor-father, Dr. Sambasivan who also served a few generations of Mylaporeans was known to have some unique qualities that drew hundreds of patients from Mylapore and beyond.

In paying tributes to the  doctor, people recalled how the doctor’s smile, light talk, humour and warm approach ‘made you feel good soon after you met him’. He was known to make light of even the most tense moments, set patients at ease, suggest very basic medicines and not tall medical check-ups and was at ease with kids as with adults and seniors.

People recalled that three generations of their families consulted him at his little clinic.

The queue outside his clinic’s door was long and so people had to make do with a token system; they said they would pick up a token, go back home and come back on time to check in.

Nageswaran, son of Dr. K. Sambasivan and C. S. Rukmani Ammal was the youngest of four. He went to P. S. High School, and attended a course in medicine at JIPMER in Pondicherry; was in the batch of 1958.

He did his PG in paediatrics in Delhi and started private practice in 1968 in Mylapore.

He had two children. Son Dr. Prahalad practices at TSV Koil Street, carrying on the work of two generations of doctors.

The funeral was held on Saturday.