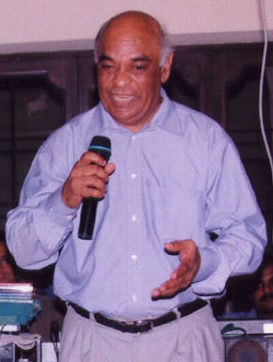 A tennis champ in his youth and an able sports administrator later, V. K. Parthasarathy of Alwarpet passed away on May 24. He was 82.

Parthasarathy was the South India hard court junior singles champion, a winner of the Stanley Cup of Loyola’s annual tourney as a University student, Madras University champion and captain of  Madras  University.

In 1961, the legendary tennis player Krishnan chose him as his doubles partner for the tour of Pakistan winning all the three doubles tournaments, including the Pakistan Nationals held in Rawalpindi. He reached the finals in the singles tournament, losing to Krishnan.

He took up the role of Honorary Secretary of TNTA in 1989 and later served as its vice-president.

It was he who suggested in 1994 the introduction of prize money in the TNTA City Club Tennis League.

He worked for Parry & Co and later with the Sanmar group.

The chairman of the Sanmar group N Sankar, who also manages Jolly Rovers cricket team and has been into tennis, knew Parthasarathy ( Pachu to close friends)  since 1958. He looks back at the six decades long friendship.

“He and I went to T K Ramanathan’s courts together. He was Ramanathan’s favourite student. TKR would use him as a demonstration model. Pachu had the perfect tennis strokes. He was an absolute exponent of the net game and would always be at the net for the volley. His topspin backhand was a thing of beauty.”

“In the Stanley Cup final in 1959 at Loyola College, he played the first two sets against Dr. S Srinivasan Ratnam with Bata canvas shoes that had thin soles. He often slipped in the canvas shoes and lost the first two sets. He then removed his shoes, played barefoot, won the next three sets and lifted the cup. When he went to receive the Cup, wherever he put his foot, one could see blood stains.

‘Parthasarathy started his career at EID Parry; the chairman of Parry, H V R Iyengar was once his doubles partner in a tennis match. When the chairman served a double fault, Pachu turned around and said “Sir, the opponent was not ready, you have two more serves.”

“In tennis administration, when I took over as the president of the TNTA in 1989, I made him the secretary and the two of us did a lot of re-organization over a period of 6-7 years. We brought in the Tennis League and he did a lot of the work there in that phase in the 1990s.”

Parthasarathy is survived by his wife Hema, daughter Rohini and son Arjun. 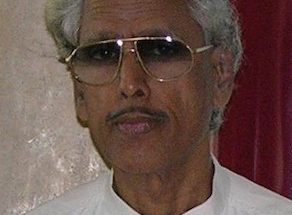