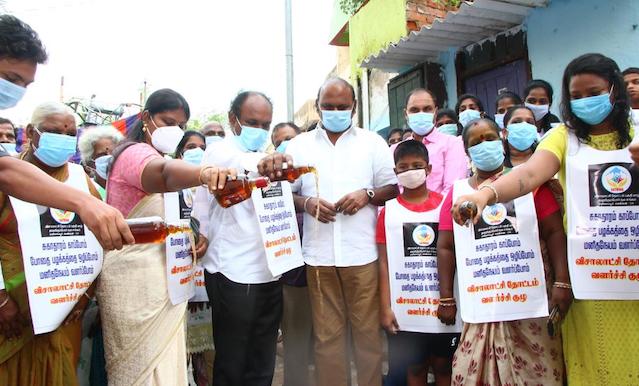 On Sunday, the community at Visalakshi Thottam, a colony that lies off Warren Road joined the Mylapore MLA, Dha. Velu to highlight the social problems they face today and to promise to discourage various forms of addiction that its local youth are weak to.

The MLA was invited so that with his support and the backup from local police, a few shady people who sell liquor and ganja and consume either inside this colony after dark, are booked.

A few participants emptied liquor bottles and let the booze get wasted on the ground as a symbolic sign of their protest.

One resident of this densely habited colony of some 400 families says that the problem of addiction has grown in recent times and one reason could be due to the listlessness among youths at pandemic time when education is affected and employment is zilch.

Visalakshi Thottam is a colony of blocks developed by the TN Slum Clearance Board. 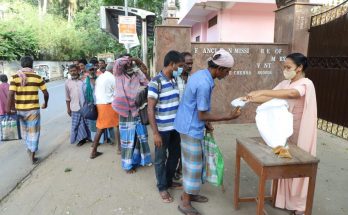