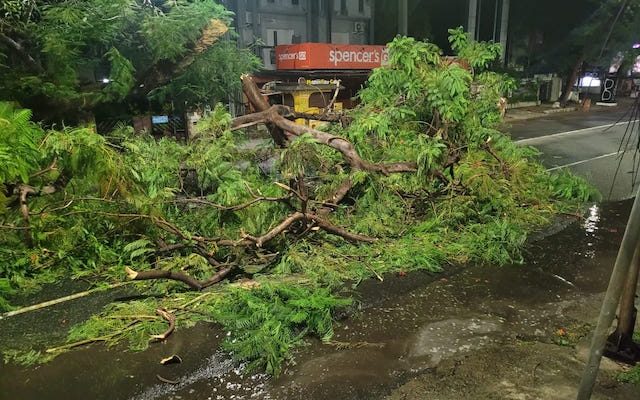 The residents of Ramaniyam Abbotsbury, an apartments campus for some 200 families located off C. P. Ramaswamy Road in Alwarpet say they are thankful to Mylapore MLA Dha Velu for overseeing civic action on Thursday night when a giant avenue tree at the Dr. Ranga Road junction collapsed in the steady rain.

Some of them had called the MLA on phone to seek his intervention.

In minutes, a police patrol team was on the spot, diverting traffic and a civic team began chopping the fallen parts of the tree and trimming the rest of it that posed a blockage.