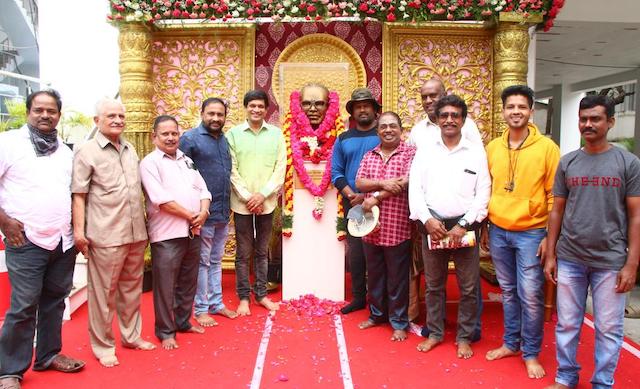 Members of the film fraternity in the city who had worked closely with the late film maker K. Balachander remembered the director whom was fondly called KB on his 91st birth anniversary last week.

A bunch of them who said they were the last set of people to work under Balachander decorated the film maker’s permanent bust located inside the office of RajKamal Films,  a production house of Kamalhassan on TTK Road.

This bust was formally opened by renowned actors Kamalhassan and Rajinikanth, who are both proteges of Balachander.