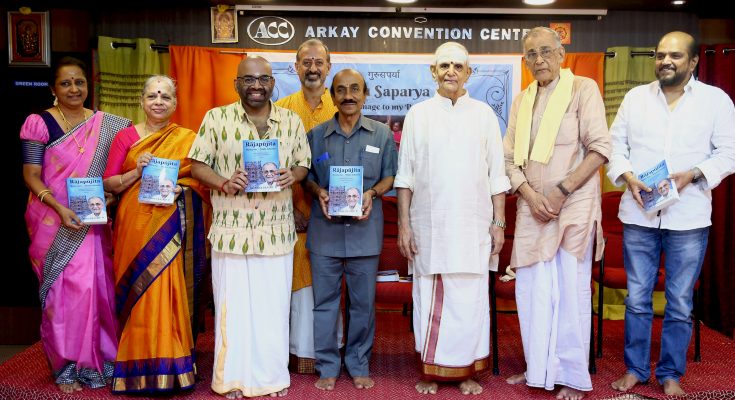 The evening began with a rendition by students of  Dr Usha Prasad’s Voice Academy – of a few of G S Mani’s kritis in Sanskrit, Tamil and Telugu.

Dr Usha Prasad opened the official function with a short talk about her experiences with her guru, the making of the book, the contents in the book and thanked all those who helped her in this process.

Umayalpuram Sivaraman went down memory lane spanning more than 60 years of his association with G S Mani as a co artiste, friend and contemporary in music.