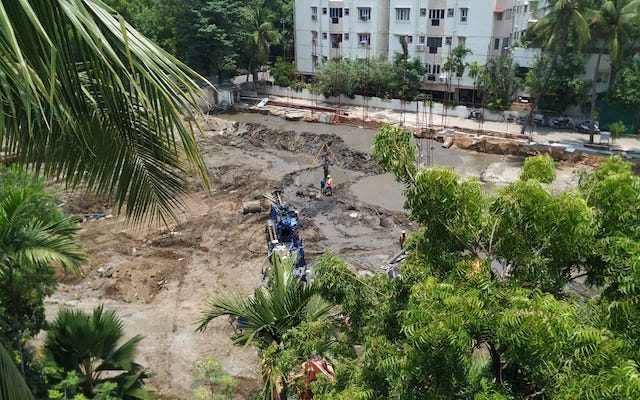 Families residing on the fringe of what is to be a giant residential project on Venkatakrishna Street in R. A. Puram had to petition the Chief Minister’s Cell at Fort St. George to get the builder, Appaswamy Real Estate to stop violating the rules of work at night which was going on for over two months.

The desperate appeal made by the residents to the Cell got local police into the act and the contracted staff of the builder stopped work between 11 p.m. and 6 a.m.

Residents are hoping that Appaswamy respects the rules and from now on and spares senior citizens here the agony it has caused.

While the builder has kept repeating that its teams are only removing debris at midnight, residents have accused Appaswamy of carrying on its civil work round the clock and disturbing their sleep.  These violations have been recorded too.

Residents say the builder’s on-site engineer kept promising to suspend work at night when residents complained to local police but carried on the violation thereafter.

Pleas even to the company’s CEO did not evoke positive action; the violation was carried on with impunity, residents said.