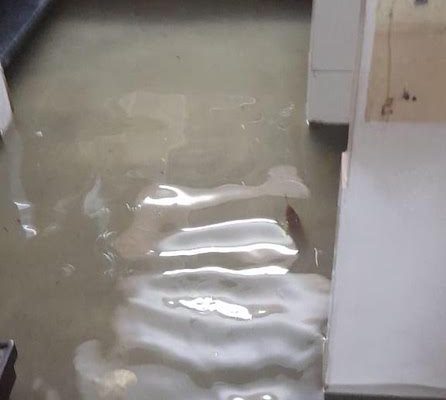 Residents on the ground floor of apartments or in houses on R. A. Puram’s 1st Main Road have had a bad time since Sunday morning as the monsoon began to lash the city.

Rising waters on this road began to flow into their campuses and later, into their homes.

One resident shared photos and videos to show the water in the bedroom and the kitchen.

Ganeshkrishnan also shared photos of water inside his house in 3rd Street.

How did this happen, a repeat of the deluge of 2016 when many parts of R A Puram went under water and much later, drains were built to address this serious issue?

One resident says that the rainwater falling in the Chamiers Road and in the Boat Club areas flows strongly in
the R A Puram zone.

“One big drain was built but this has not been able to carry the load of floodwater now,” said one resident.

A local association, RAPRA took much interest in addressing this issue but the solutions provided do not seen to fully address the flooding at monsoon time.

UPDATE: On Monday morning, after a big break in the rainfall, residents say “all is fine now”. 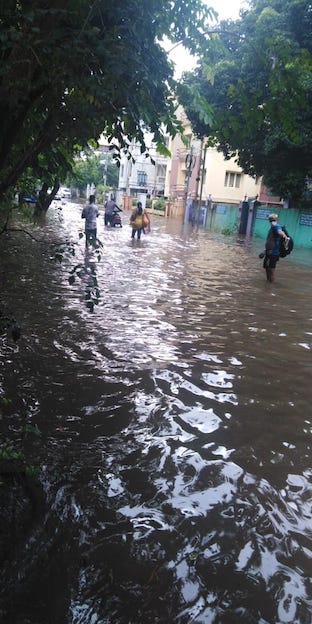