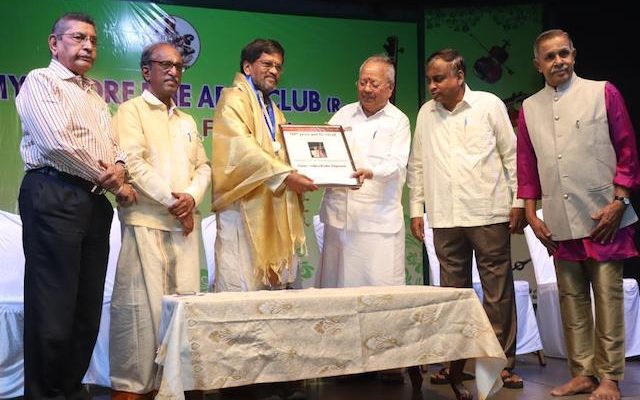 One tradition will continue, another will be broken. At Mylapore Fine Arts Club ( MFAC) sabha in Mylapore.

On January 1, every year, it has been a legacy held since the 1970s for Lalgudi Jayaraman to perform at 9 a.m. and later that day, K J Yesudoss has taken the stage in the evening. And both have been house-full concerts.

While the Lalgudi tradition continues, the maestro’s son and daughter performing now, and will do this January 1, 2022, Yesudoss will not be there on stage – instead Gayatri Venkataraghavan will perform.

MFAC’s music fest for the Season was launched on December 17 when vocalist and teacher Neyveli Santhanagopalan was decorated with an award; the concerts have been on since the next day, with evening concerts, starring the big names being ticketed.

The music fest ends on January 1 and the annual classical dance fest is on from January 2, with concerts every evening, open to rasikas and on till Jan.10.