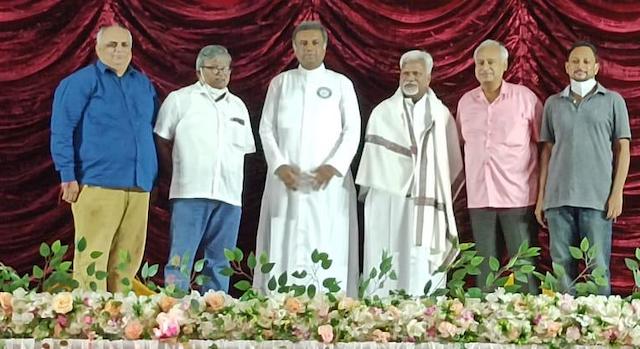 Recently, the priests celebrated their silver jubilee of priestly ordination.

Fr. Stanley Ignatius who is currently the Rector and Correspondent of St. Bede’s group of Schools belonged to San Thome parish and did his schooling at San Thome Hr. Sec. School. He was ordained a priest on 27th December 1996 and from then on, has served in several Salesian institutions across Tamil Nadu, Pondicherry and UAE.

He has been the Principal / Headmaster of many schools.

Fr. Jesudoss Periyanayagam, was also ordained on the same day along with 17 other Salesians by Rt. Rev. Arul Das James (former Archbishop of Madras-Mylapore).

He has a passion for music and has composed hundreds of songs for the purpose of Catechesis.
On the occasion of his silver jubilee, he has released an audio album titled “Thee Mootuvom” which comprises of Thamizh songs based on Biblical verses.

Fr. Jesudoss has served as parish priest, administrator and in the youth ministry in Tamil Nadu and in Europe. He is presently the administrator at St Bede’s.