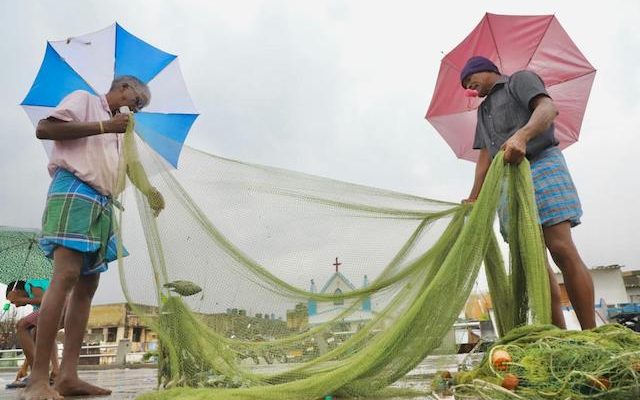 The Monday morning rain was a surprise though the Met department had hinted at showers.

The rain was steady and weak between hours across Mylapore, with the weather holding up now and then. And it rained through the morning and past noon .

On the shores of the Marina, fishers who had put out to sea which, they said was choppy returned with mixed catch.

The fishers who reside off the Marina Loop Road often sell their catch fast locally because they have a stream of shoppers through the day, and even in this wet weather.