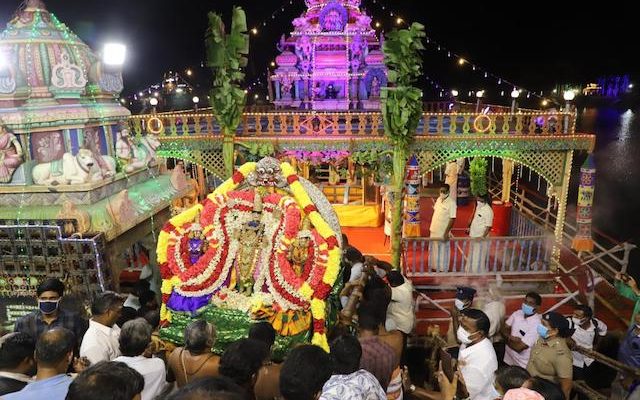 It was Thai Poosam evening and devotees flocked in large numbers to have a darshan of lord Singaravelar on the second day of the Theppotsavam at Sri Kapaleeswarar Temple.

Around 7.30pm on Tuesday, there was almost no space for people to move around near the western raja gopuram. There was a big police contingent here, to regulate the crowd but there was order though no socila distancing.

People also lined up along South Mada Street to watch the colourful procession of Singaravelar.  As part of day two of the float fest, Othuvars presented Thiruppugazh verses as well as songs on Lord Muruga. 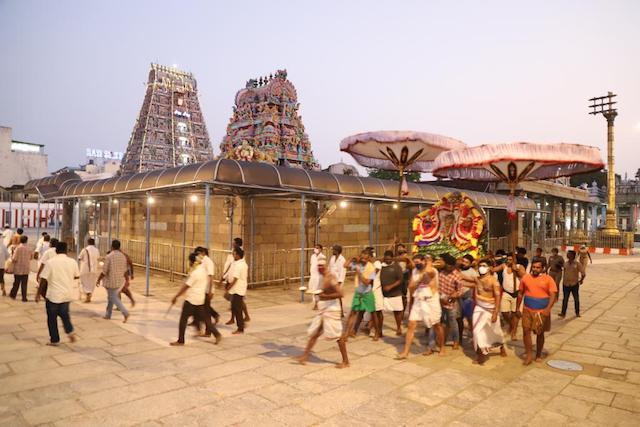 Most devotees also tried to have darshan of Sri Kapaleeswarar from the western entrance on this auspicious Poosam day when lockdown rules restricted their entry into the temple and the tank.

On Wednesday evening, people will be able to witness the final day of the Theppotsavam from inside the tank and also have darshan of the procession back into the temple at around 9 p.m.