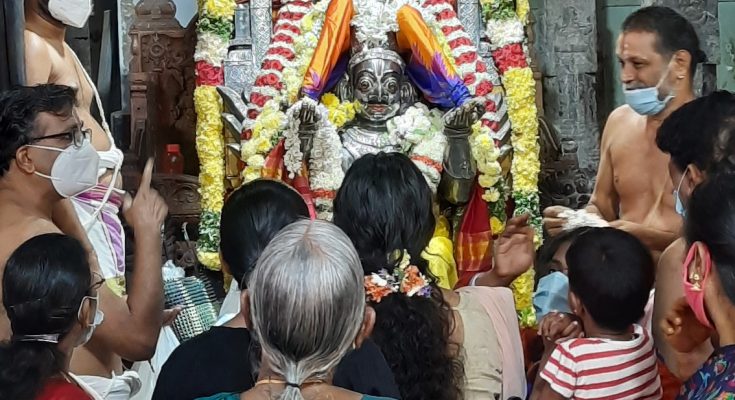 In August last year, in a rather dramatic and sudden move the HR & CE department had taken over the administration of Sri Adhi Kesava Perumal Temple from the long standing trustees.

And in the last few months, the temple’s office door has remained shut.

Chairman of temple trustees, N C Sridhar had told the Mylapore Times  in mid August that he would fight the case in the court for he had given his life and soul to the temple for the last two decades terming the hostile takeover an arbitrary and unjustified move.

He has come back to the place that he had made for himself.

He was the one who organised the recently held Teppam Festival.

He confirmed to Mylapore Times  that the Madras High Court had set aside his suspension. There has also been an interim stay granted in the case relating to the  suspension of the four trustees.

“We have written to the HR & CE department to hand back the keys of the office and it will be reopened soon. Like before, we are managing all the day to day activities at the temple including all the festivals, ” Sridhar said.