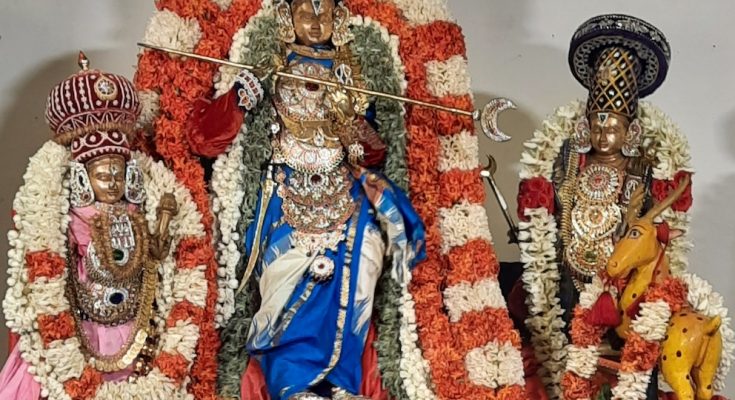 Following Soorpanaka’s nose cut, she sought revenge on Rama by describing the beauty of Sita to her brother Ravana, this despite the fact that Rama had killed 14000 rakshashas sent by her. Immediately after, Ravana reached for his uncle Maareecha, who was now living the life of a hermit in a far away ashrama.

When Ravana sought his uncle’s help to defeat Rama, Maareecha who had already tasted Rama’s divine powers, warned him and asked him to head back to Lanka where he was the supreme leader. Ravana heeded to his uncle’s advice and went back to his kingdom but the temptation of Sita’s beauty was far too luring and he returned once again to Maareecha’s ashrama asking him to take the form of a never been seen golden deer and take Rama and Lakshmana away from Sita.

Maareecha saw that his end was near. If he did not listen to Ravana, he was likely to be killed by him. Hence he found it fit for his life to end in the hands of Rama.

As directed by Ravana, he took the form a glittering golden deer and as expected by Ravana, Sita fell for the deer and Rama, and then later Lakshmana, went after the deer leaving Sita all alone in the ashrama in Panchavati for Ravana to take her away to Lanka.

This episode of the Maareecha turned golden deer was  brought alive and presented to the devotees on the eighth evening of the Rama Navami utsavam at Sri Madhava Perumal Temple on Friday.