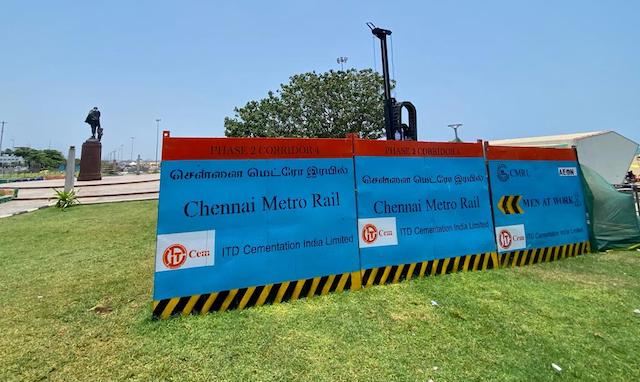 Madras High Court bench has issued notice to Chennai Metro and to the HR&CE Dept of the TN government on a case filed by three people challenging the planned construction of a Metro rail line that runs between the Light House on the Marina and Porur, passing through Mylapore and Alwarpet-R A Puram.

This is Corridor 4 of Phase 2 of the Metro project.

The plea is that the state has not yet declared very old temples in the city, which are also located close to the proposed Metro tail line as heritage monuments. In this list is Sri Kapaleeswarar Temple, Mylapore.

It said that churches had been declared as heritage structures by the state’s agencies ( in the list is the St Thomas Cathedral in San Thome) but not temples.

The petitioners said in their plea that Chennai Metro ( CMRL) has not considered the temples on this project corridor as heritage structures when it did it the Environmental Impact Assessment ( EIA) and in that report.