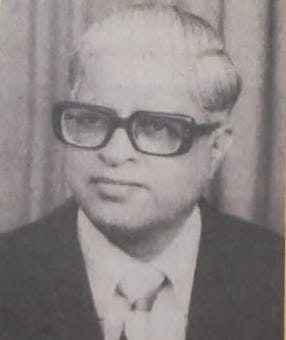 He was Principal of Vivekananda College from 1973 to 1981 and Professor and Head of the Department of Chemistry from 1961 to 1981.

As a senior researcher in chemistry, he guided a generation of students who went on to excel. During his tenure here, he raised the college to be a world renowned centre for studies in chemistry.

Many of his research students grew up to become reputed and eminent chemists across the world under his tutelage, his family said.

He is survived by his wife, two daughters, five sons and their families, and his numerous students, all of whom he always considered as his extended family.

(( )) SHARE YOUR MEMORIES of Dr. NVS, as he was called among friends.