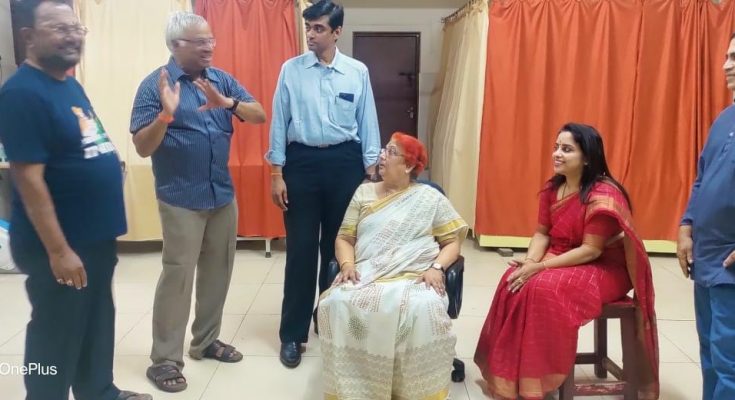 Chennai-based OHO Productions is presenting the premiere of its second stage play which is called “Dheergaayush Bhavan”
It is written by Nandhu Sundhu and will be staged at Narada Gana Sabha auditorium, Alwarpet on Sept. 9, 7 pm onwards
OHO is a recent theatre company in the city and it made quite an impact with its first play titled “TITLE ” written by renowned writer – director Sreevathson.
‘TITLE’ has won a lot of appreciations and critical acclaim ; it has completed 10 shows
If TITLE was a legal subject that dealt with the debates and challenges surrounding long-held beliefs and practices of Dharma and Manusmriti,  Dheergaayush Bhavan will be a light and breezy subject revolving around a couple who enter into a farm house in the outskirts of the city with the intention of buying it, says a note from OHO.
Contact – Lavanya Venugopal  / 98840 33860
– Photo used here is of a rehearsal of the new play