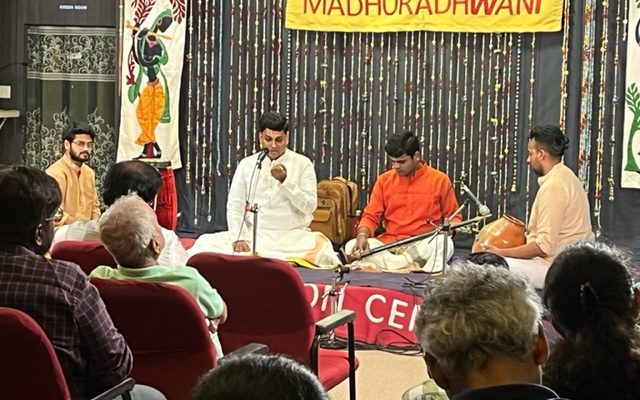 The three guests at the event got up to mark Arkay Convention Centre’s 12 anniversary heaped praise on the promoter of this space in Luz which is now a hub for Carnatic music and talks – A. S. Ramakrishnan.

The event was held this Friday evening at the Centre where former governor of Telangana, E S L Narasimhan and artistes Lalgudi G JR Krishnan and Narthaki Nataraj were guests on stage. 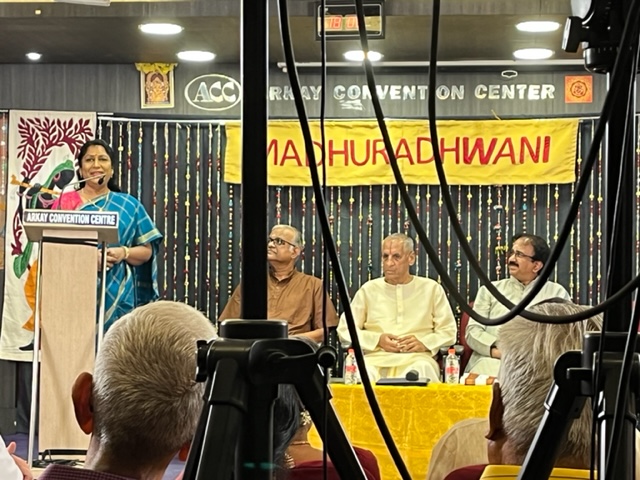 Ramakrishnan had converted what was a sprawling space o the third floor of this building opposite the Viveks store in Luz, for his stock broking business into a smaller office and this performance space, which over time has become popular and a concerts hub.

“I am here for some 300 days of the year,” Ramakrishnan told the goodly audience which included some senior artistes and arts promoters. “I have only one request – we want rasikas to come here and attend the concerts. The presence of rasikas boosts the spirit of artistes and encourages people like us.”

Ramakrishnan also appealed to rasikas to donate whatever they could to host concerts – to help pay the bills.

A series of concerts are held every evening here to mark the anniversary.  Sunil Gargyan and Mylai Karthikeyan presented the first concert.