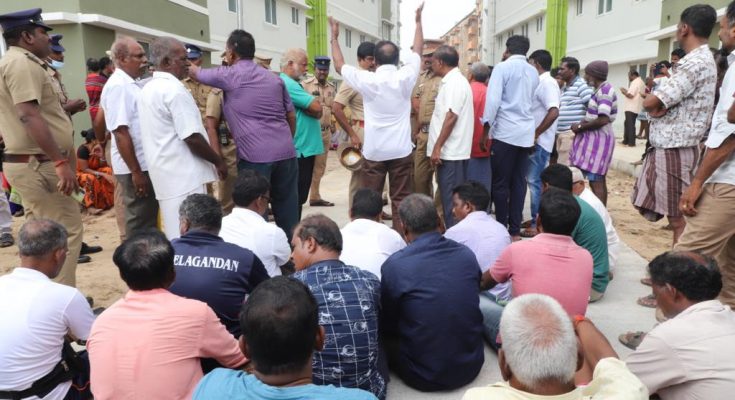 Mylapore MLA Dha Velu of the DMK has put out a video on social media channels, messaging to the community which resides off Marina Loop Road where, a day ago, a group of residents in Nochi kuppam staged a protest and made allegations against the MLA – on the issue of alloting newly-constructed flats in this area.

The MLA says that some elements in the kuppam zone are twisting facts, saying that a list of allotees submitted by the community has been fiddled with by the MLA and that people from elsewhere are being allotted the flats. He denies this charge.

The MLA says though a list was submitted to him, a list which contains families of children of the original residents who have sought flats, the on-ground cross checking of the antecedents of the applicants will start only now by officials and only after the list is made pucca, can flats be allotted.

He also says that flats in a few new blocks are to be given to families whose homes were badly affected in the tsunami and were promised accommodation by the previous government.

Meanwhile, the MLA said that the Dooming kuppam community has agreed to TN Urban Habitat Board building blocks that are 8/9 storeys tall, so that more flats can be built and granted to not only kuppam residents but also to their extended families who now live inn huts / makeshift rooms in public spaces.