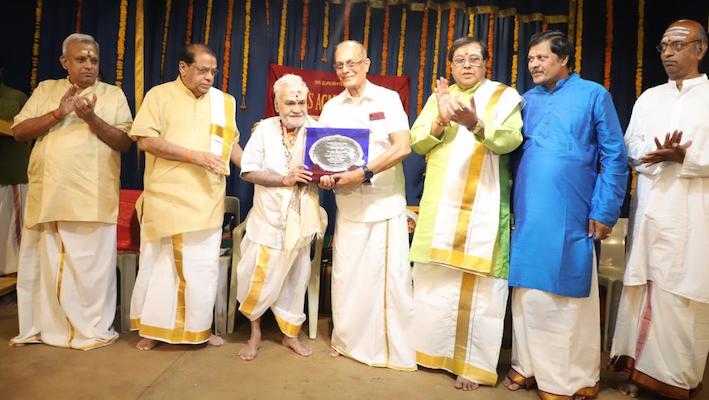 Two senior Carnatic music artistes who are known the world over, percussionist Vikku Vinayakram and violinist Nagai Muralidharan were honoured at an event held on Monday evening ( Oct.31) at Raga Sudha Hall, Luz.

Despite the steady rain with the onset of the monsoon, there was a sizeable attendance for this event which was hosted by Ramani Academy of Flute to remember late N. Ramani, the well-known flutist on his 89th birth anniversary.

Arts promoter V V Sundaram presented plaques to the senior artistes as a mark of honour.