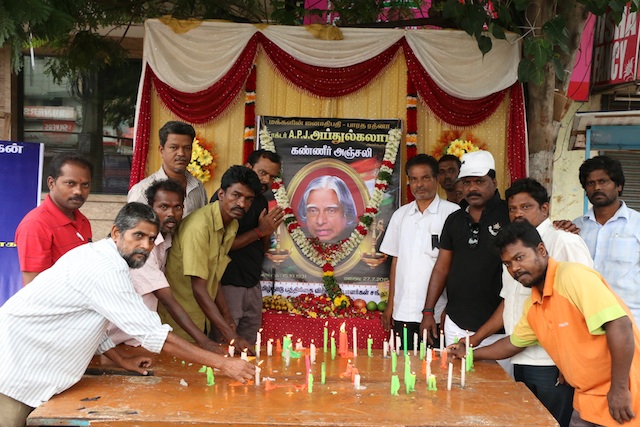 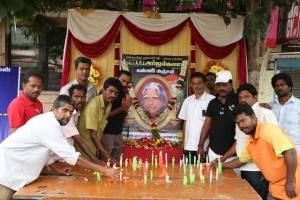 The face of the Mylapore neighbourhood must have been the way it was on Thursday morning only during a bandh/strike or a road roko. There was hardly anybody on the main roads in Luz and in Alwarpet, in Mandaveli and in R A Puram since morning. As the day progressed, the scene became stark as shops remained shut and schools and colleges observed a state-declared holiday.

It was a day when Mylaporeans also paid tribute to Dr Abdul Kalam as his mortal remains were laid to rest in his native Rameswaram in south Tamil Nadu. 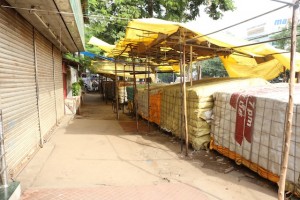 Hawkers at Luz Circle did not open for sales in the morning nor did the shops in that area and beyond. Even petrol stations remained closed for those hours.

In many colonies, people hung banners and photos of Kalam, with flower garlands on them and some lit candles. They invited people to offer their respects. Even big shops like Kirtilal Jewellers set up Kalam’s portrait at their gates.

In many areas, youths paid tributes. In Visalaksi Thotttam and at Nageswara Rao Park, on Srinivasa Avenue in R A Puram and in San Thome.