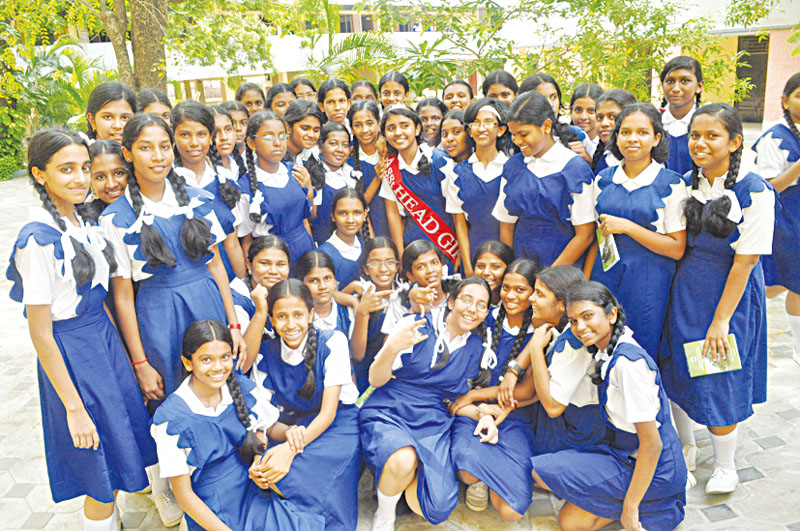 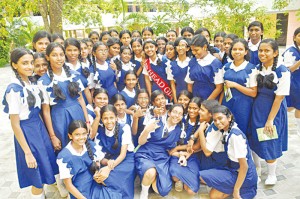 Rosary Mat. H. S. School is celebrating its Diamond Jubilee this year. Here are some of the ‘Rewind notes’ by old students.

The photograph is of the Rosary school students taken in June 2010.

– I studied in Rosary for only two years – the two years which I can never forget. They made me realise how well I could do in academics as well as in other activities. I had many friends there who always stood up for me.

I can never forget the Children’s Day celebrations in which our teachers sang and danced for us. They also gave us yummy chocolates on that day.

On one of the Saturdays of a month they would give us the last three periods for art works, thus improving our creativity.

In 7th standard, we had worked on a drama on Tom Sawyer in English class. It was so much fun staying back after school and practising. We also did projects in different subjects. I salute my teachers and also my principal for creating a new person inside me.

– It was in the year1960 that my father, K. Ramamurthi, IPS got transferred from Tirunelveli to Madras. I was taken to a few schools around San Thome and Mandaveli by an Inspector but I chose St. Thomas Convent and joined as a Std. III student.

My teacher’s name was Leela and the other teachers I remember are Pushpa, Rajini, Agnes and Sandhya,

Mangalam was a tall fragile person working in the office.

We all had a great time in the sprawling campus. The Assembly would be held in front of the stage and sayings with a moral aspect were imparted. The Assembly hall, parlour, cultural hall, hostel, lab, and the music room are still vivid in my memory. Our playground extended up to the police quarters and lunch was eaten under the trees that had thick foliage. Often, crow droppings at lunchtime created a great flutter.  Our teachers taught with dedication and I had a good foundation in all the subjects.

Incidents in the classroom are still green in my memory. Once when a new Thamizh teacher was in class, the piece of chalk that  a student threw landed squarely in her bun!

I never missed my rank in school and I used to stand in line when the results were announced and medals were pinned on our blouses.

The most frequented place was the ice cream parlour opposite the school and bun-butter-jam, ‘kuchchi ice’ and groundnut toffee were hot favourites.

Among students in our batch there were girls from well known families of Kannadasan’s  and Nalli’s grand daughters.

One Comment on “Memories of St. Thomas Convent, Rosary”