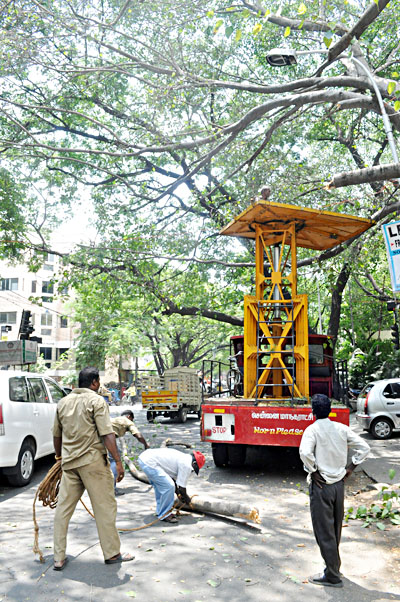 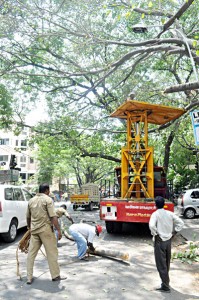 The Chennai Corporation workers were seen clipping the branches of trees in C.P. Ramaswamy Road on September 20.

The effort was to let the rays of the streetlight reach the roads.

Few men were found with lifts, ropes and knives cutting out the branches, as they had ‘over grown’.

“The Chennai Corporation has undertaken the cutting of tree branches in areas where it covers the streetlights”, says M. Krishnamurthi, Assistant Commissioner of Zone 10.

The work undertaken by them had become a hindrance for vehicles in the road. This was done in the morning hours and traffic was halted during the process to prevent any damages.