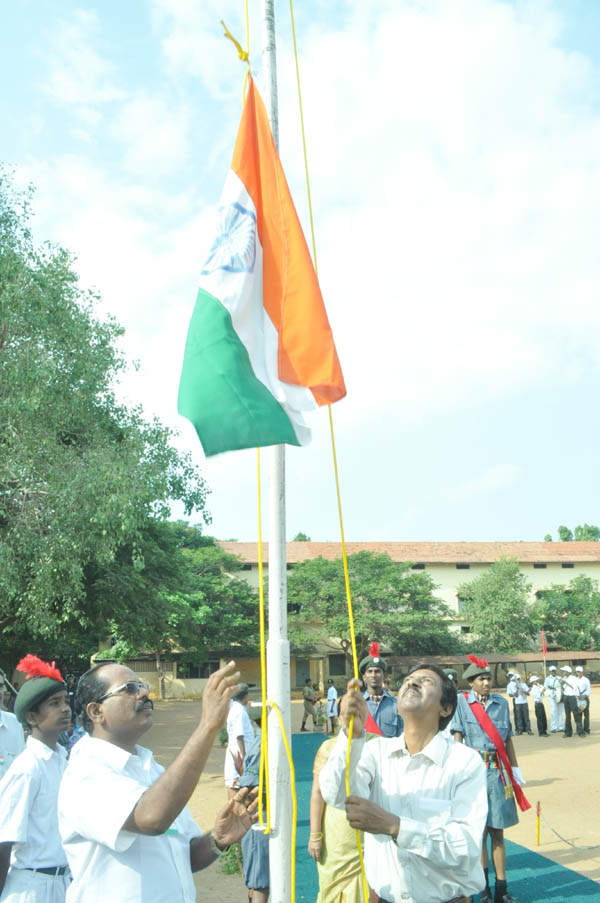 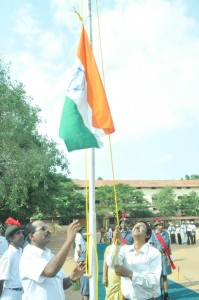 Independence day was celebrated is a special way in schools, colleges and colonies in the Mylapore neighbourhood.

At P. S. School, Mylapore there was flag hoisting and march past by the students.  V. Raman, Director and CEO, SIM Info Systems Pvt. Ltd. was the chief guest.

He took the salute and inspected the parade. He also spoke on the occasion.

At the park in CIT Colony, V.T. Gopalan hoisted the flag. This was organised by the Park Users Association.

At Abraham Street, Mylapore the children of that area got together and hoisted the National Flag. 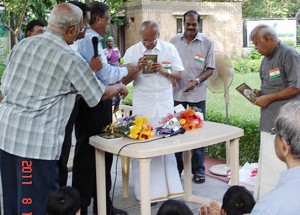 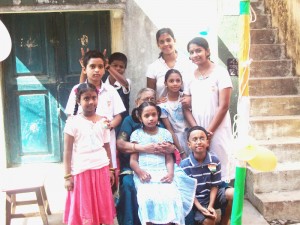