All India Radio is organizing its annual music competition for discovering and encouraging new talent among young artistes. The competition will be held in two stages. Forms to register for this contest are now available at the AIR station in Mylapore.

An entry fee of Rs.100/- is to be paid for participation in this competition by the candidate, which is to be sent to the Station Director of the respective station by Money Order.

The competition will be open to those (i) who are between 16 to 24 years of age as on 22nd June’2012. (ii) who are not performing music artists of AIR, duly approved and graded by LAC / MAB (or who have not been graded in any LAC/MAB auditions) held at any AIR stations, till the date of the competition.

The preliminary competition will be held from 6th August’2012

Interested candidates should obtain the application forms from the AIR station on Kamaraj Road ( Marina beach road), Mylapore, located opposite the Light House.. 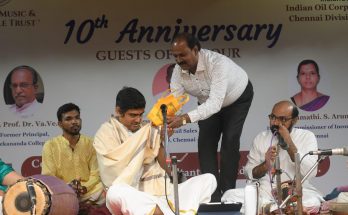