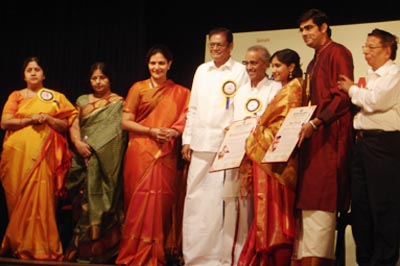 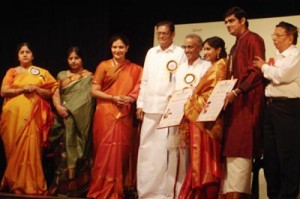 The December Season of classical music and dance in this city with the core in Mylapore has started.

The start was signaled with the launch and opening evening events of a few sabhas. Kartik Fine Arts had its launch at Narada Gana Sabha on Saturday, Dec.1 evening.

Last evening, Dec.3, Brahma Gana Sabha also launched its fest with the awards evening. The awardees included humorist and actor, Crazy Mohan who set the laughs and guffaws among the audience at the Smt Sivagami Petachi auditorium with his light speech of acceptance.

Concerts will be held here through the month.

Bharatiya Vidya Bhavan’s fest in Mylapore is already on while some music schools and arts bodies have also launched their short tests.

Info, reportage, photos and videos of the ‘season’ at www.kutcheribuzz.com