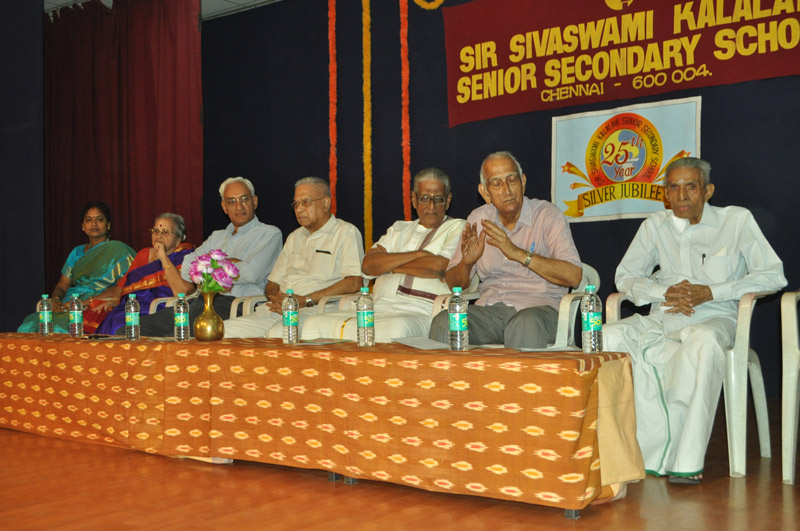 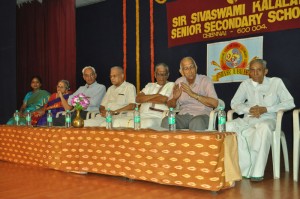 This was a quiet, low profile celebration. The silver jubilee of Sir Sivaswami Kalalaya Senior Secondary School in Mylapore, held on Saturday morning was simple and straight.

Held at the R K Swamy Auditorium, it began with a group song and a welcome classical dance by students and got into the formal line of speeches.

B S Raghavan, a retired IAS officer who is 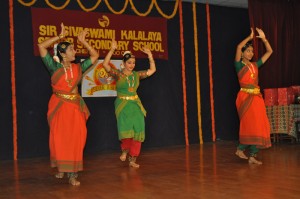 active on many fora was the chief guest. Many personalities who are associated with the Trust that manages this school and the Sir Sivaswami Ayyar Girls HS School were present.

Very few alumni of this CBSE were seen in the audience.

Dr Prema Kasturi is the Secretary of the school and M S Jayahsri is principal in charge.

The school was started to mark the 125th birth anniversary of Sir P S Sivaswami Ayyar, wellknown advocate and philantropist who among other things supported girls’ education with support for a girl’s school – named after his wife and which has sustained itself for over 100 years.

As a tribute the Trust started the CBSE co -educational school in Sudharma, the building that was raised to celebrate  Ayyar’s birth anniversary.