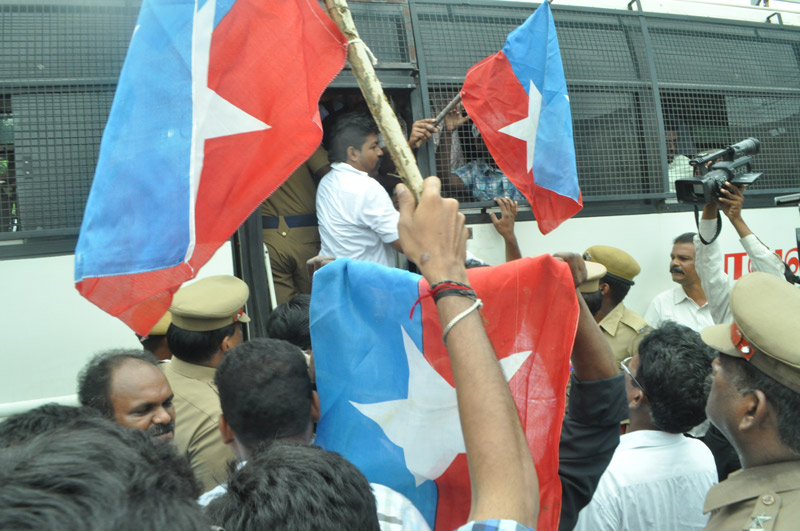 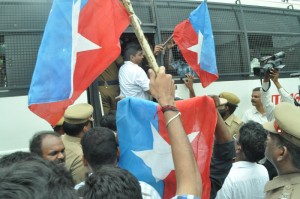 Motorists taking the Luz Circle junction this morning were caught by surprise by a group of agitators. They were raising issues surrounding the death of the Dalit youth Illavarasan on the rail track near Dharmapuri.

The boy was an actor in the raging issue of a marriage between him and a girl from another community, the riots that followed, as well as a court case after which the girl decided to go back to her parents and severe links with the youth.

The agitators belonged to the VCK party and other organisations. They raised slogans against the PMK party which is accused of being critical of Dalits marrying people from OBCs.

Mylapore police bundled the agitators in vans and detained the at a local Corporation hall.