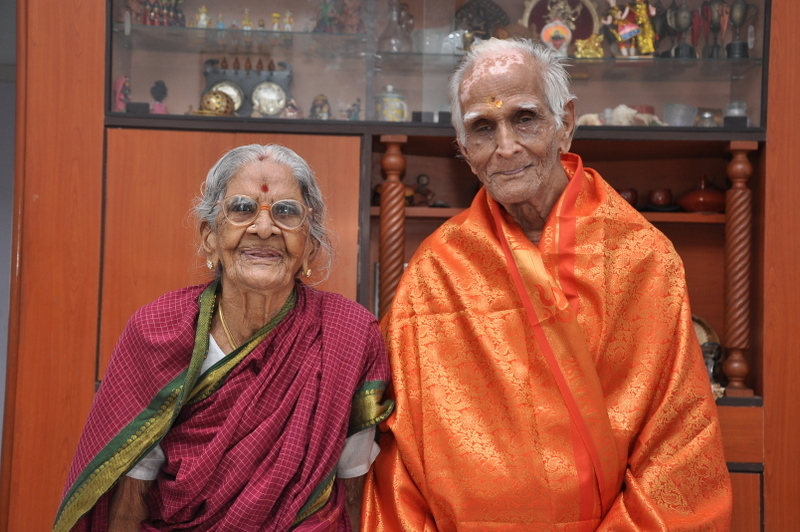 R. Ramachandra Iyer has hit a century – he turned a 100 years of age on December 6. A grand function attended by over 1000 people was conducted on his ‘nakshatram’ birthday on December 10 at Sankaralaya, Chetpet. His family consisting of his wife Subbalakshmi, four sons, one daughter, seven grandchildren and 4 great grandchildren got together to felicitate and honour the head of their family. 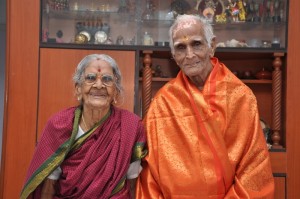 Dr. A. C. Muthiah was the chief guest. Dr. Seshadrinathan, an expert in vedics and numerology and well-known speaker Pravachana Thilakam Damal Ramakrishnan presented a discourse on the occassion highlighting the significance of a person’s completion of milestones in life, such as completing 60 and 70 years of age and so on. The sanctity of completing 100 years of age is considered a great boon and it is believed that lord Vishnu himself descends on earth to bless such a person, says R. Nagarajan, who is the only son-in-law of Ramachandra Iyer.

The unique occasion was filled with a religious fervor and a series of ‘homams’ such as the Ganapathy homam, Ayusha homam, Sudarshana homam, Nakshatra homam, Navagraha homam were conducted and concluded with the Swarnabhisekam ceremony. An audio-visual presentation was a surprise gift to Ramachandra Iyer by his family, which showcased photographs of his forefathers and highlighted significant events in his life. Various people closely associated with him shared anecdotes and memorable incidents in the video. The narration was provided by his son-in-law R. Nagarajan.

On the commemoration of his 100th year, a stamp and a First Day cover has also been released with the name and photograph of Ramachandra Iyer. 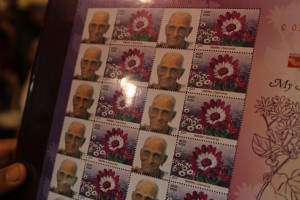 Continuing to live an eventful life, Ramachandra Iyer’s routine energizes his family each day. He rises at 4 a.m. each morning, chants shlokas, performs various pujas, reads the newspaper and exercises in the morning sun. He trades on the stock market, enjoys various delicacies of food and also manually hand-pumps water into the tank. Until the age of 80 he would sit on his typewriter to type letters and would peddle his own bicycle to the post office.

Reading about this occasion in a Tamil daily, around 300 people came to the function to take the blessings of Ramachandra Iyer, who has attained the status of a demi-god ! As the popular saying goes, behind every successful man is a woman, his 91 year old wife’s blessings are equally sought after. They have been leading a simple life from their early days with little income but big responsibilities and high moral values, say their children, who strive to uphold their teachings.

Originally hailing from a village in Thanjavur, Iyer studied at St. Gabriel’s school in Georgetown despite not having had a background in studies or in the English language. After completing his SSLC, he worked as a stenographer at Burma Shell Ltd., where he had a Britisher for a boss.

Iyer and his wife share a special bond of love with their family and they are all closely knit. His unparalleled memory, even at the age of 100, recalls the exact date of birth and nakshatras of each and every family member. The younger generations visit him regularly. Both Iyer and his wife are staunch believers in God and religiously practice customs and pujas. He is often spotted wearing a ‘pachakacham’ while devoutly chanting mantras of lord Ram with complete bhakthi, says his family. A man of piety, knowledge, wisdom and experience, he has voted in the general and state elections and has even stood in queues to register for his Aadhar card! 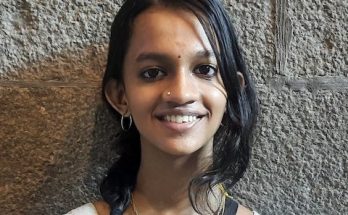 2 Comments on “Ramachandra Iyer – a centenarian from Mylapore”