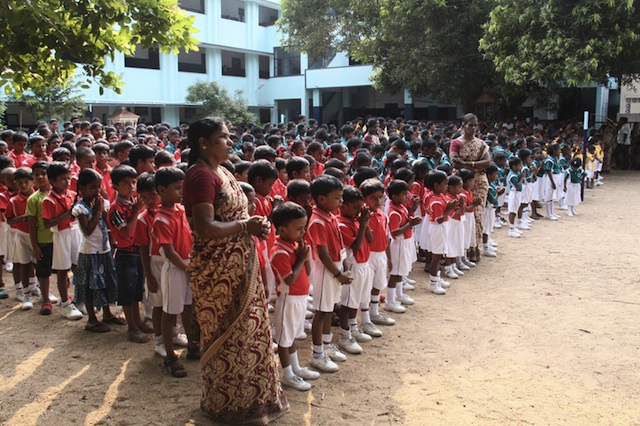 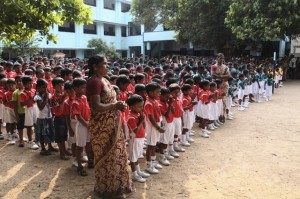 Schools in the neighborhood have reopened for the new academic year. Some schools opened on Monday, June 2. The students and teachers assembled just before classes were to begin to join in a prayer and a short greeting.

On the weekend, there were rumors that the state had suggested postponement of the reopening of schools due to the high summer temperatures. This was the topic of chatter among parents who dropped off their wards at Francis Xavier School in Alwarpet. ( the photo here was taken at this school located off TTK Road).

Some schools opened for the new year on Tuesday, June 3. At Vidya Mandir, the nursery school students gathered at about 9 a.m. to join in a  prayer.

A few schools are scheduled to reopen on Wednesday.