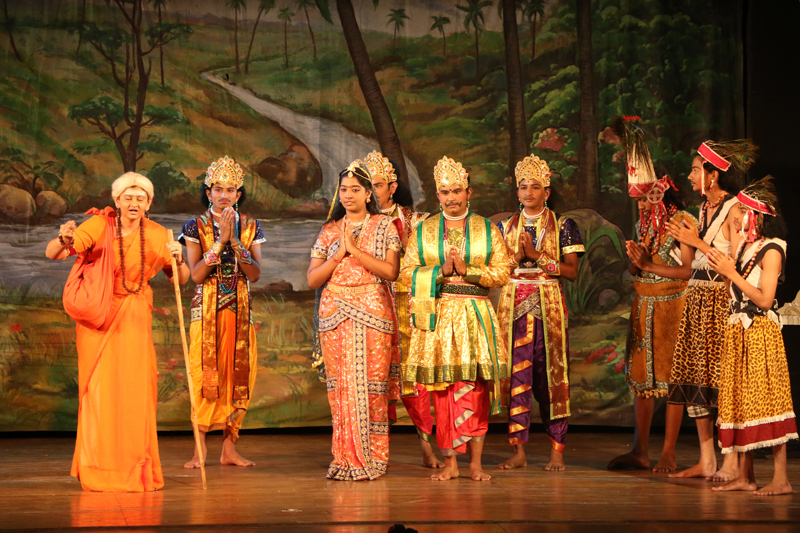 Sir Sivaswami Kalalaya Higher Secondary School, Mandaveli celebrated their annual day on Aug 1 at Narada Gana Sabha, Alwarpet. The theme for this year’s programme was “Dhana Vaibhavam” or the merits of charity. This was exemplified by various dramas in Sanskrit, Tamil, Hindi and English.

The Sanskrit drama – “Triloka Daanam” portrayed the story of Lord Mahabali. The Tamil play “Adiyanum Avvaiyum” talked about the Tamil poetess Avvaiyar and the donation of the immortal gooseberry. The Hindi play “Uttam Daan” told the story of Dhadhichi’s supreme sacrifice. Students also participated in a Christmas carol, an English play and a dance performance. The school can be reached at 24957950.