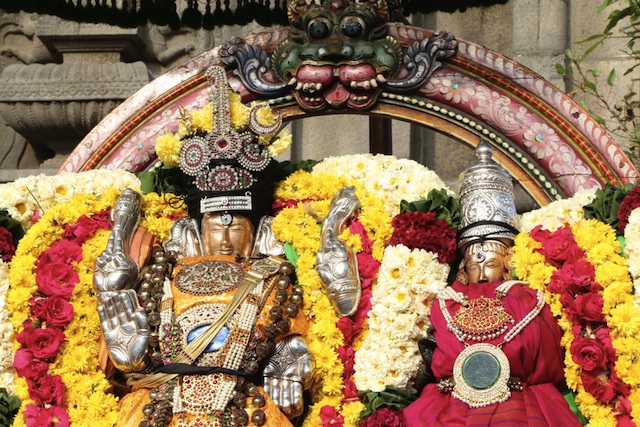 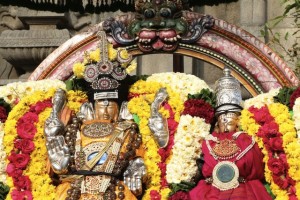 Mylapore woke up very early today – to celebrate Pongal. In fact, in many areas the Pongal activity had begun at midnight as scores of women stepped out to design kolams and rangolis, many of them large enough to cover the narrow streets. Those who took a morning walk through the lanes of colonies off East Abhiramapuram and R A Puram, off Vivekananda College and Bazaar Road, Chitrakulam and Mandavelipakkam would have come across scores of colored kolas on doorsteps and streets.

Shoppers were early on South Mada Street and on R H Road, near the Sri Anjaneya Temple to buy sugarcane, turmeric and pots. 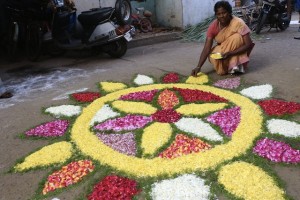 In colonies like Visalakshmi Thottam, groups of young boys and girls got up community events – large kolams, decorated stages and props and colored flags and sugar canes lent the color to such colonies.

The first photo featured here is of a procession of the gods being taken around the mada veedhis of Mylapore.