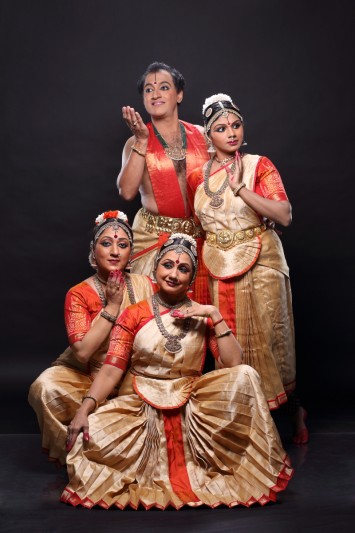 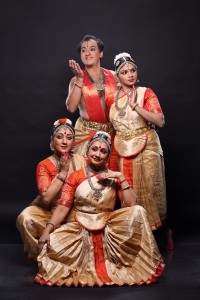 History, art, literature, oral tradition and folklore come together seamlessly in Aranganin Pathayil, a new dance ballet production in Chennai that traces the 48-year journey, from 1323 to 1371,  of Lord Ranganatha of Srirangam in Tamil Nadu.

In 1323, when Ghias-ud-din Tughlak and his strong army headed to Srirangam temple, Ranganatha’s ardent devotees, in a bid to protect the Lord, took Him on this grand journey before the invaders reached Srirangam, and kept him hidden in various places in South India for the next 48 years till the invaders were defeated in 1371.

Many of the devotees even laid down their lives in protecting their Lord. Aranganin Pathaiyil traces this divine journey that brings out the supreme devotion and absolute love of the people of Srirangam for their Lord.

Conceptualised and directed by Dushyanth Sridhar, a well-known speaker on scriptures, and Dr. Asha Krishnakumar, a social science researcher, Aranganin Pathaiyil has been researched for nearly a year before it is to go on stage on May 31 at Narada Gana Sabha, Chennai. 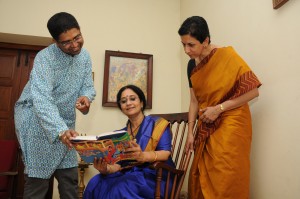 Dr. Chithra Madhavan, a well-known historian and an acclaimed expert on South Indian temple architecture, is the backbone of the show. The main script of the show is based primarily on documented history.

Music is by Dr. Rajkumar Bharathi, studio recording, mixing and mastering is by Sai Shravanam and the lead dancers are Roja Kannan, Priya Murle, N. Srikanth and Aswathy – they have done the choreography. The song renderings are by G. Srikanth and Keerthana Vaidyanathan. Vanipriya Jayaraman of Codeplace is the technical coordinator. 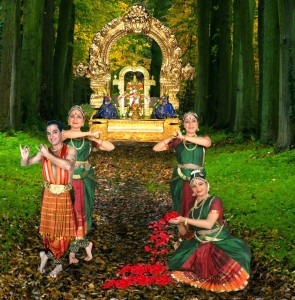 The show is laced with various enchanging elements. There will be a replica of the Lord with his consorts on a palnquin,  a large LED backdrop to provide the appropraite ambience as the Lord’s journeys through thick forests and hilly terrain, and shadow images to portray the invading army.

To create the mood of the travel, there are also more recent Kritis of Muthuswamy Dikshitar in Tamil, Purandara Dasa in Kannada, Annamacharya in Telugu and Melpathur Narayana Bhattathiri’s Narayaneeyam in Sanskrit.

To add drama to the show, there is also interesting folklore and anecdotes from oral tradition that are weaved very engagingly into the narrative. While the narration is in English, the whole story is told engagingly through a flashback by the “washerman” who identified the real image of the Lord from the two that were found in Srirangam on the His return in 1371.

A booklet (in English) that provides the historical context and  background of the show will be given free before the show. The show is on May 31, the day (in the Tamil month Ani, on day 17th) Lord Ranganatha returned to Srirangam in 1371.