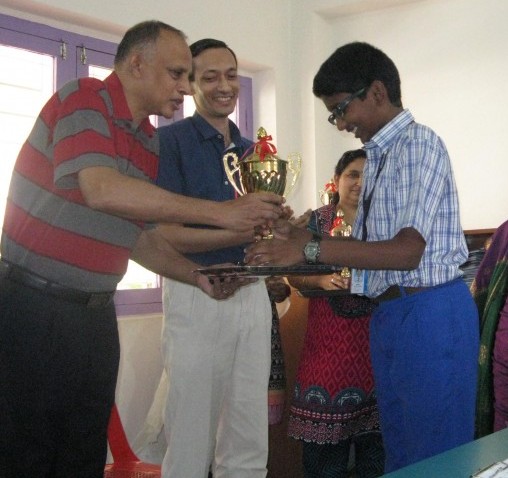 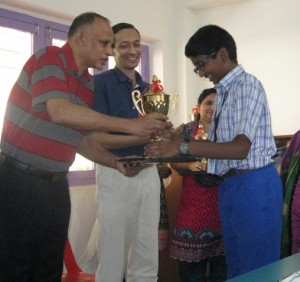 Solai Adithya. A , a class IX student of Chettinad Vidyashram, R. A. Puram and a regular at Children’s Club, Mylapore emerged as the champion at two successive scrabble tournaments held by GRT Mahalakshmi Vidyalaya School, Ashok Nagar on Aug 21 and National Public School, Gopalapuram on the Aug 22. Children from more than 15 schools participated in both these tournaments organised by the schools in association with the Madras Scrabble Foundation.

Solai Adithya, a resident of Indrani Ammal Street, Mylapore has been learning to play scrabble for almost a year now. His father A. R. Annamalai says that he really enjoys it and practices for about two hours everyday. He also participated in the National Level Scrabble competition held in Mumbai in May this year.