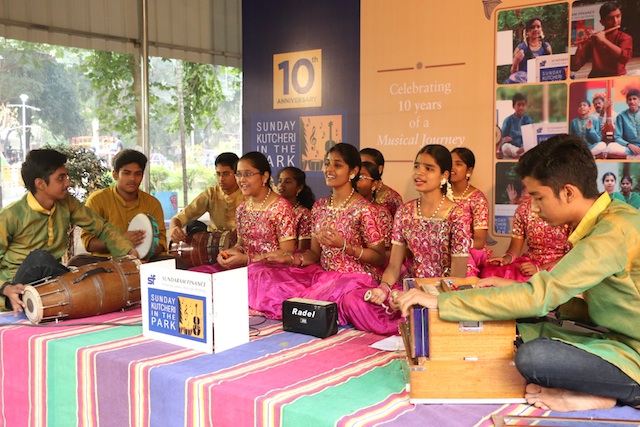 Many senior executives of Sundaram Finance came by to Nageswara Rao Park in Luz on Sunday morning as the company marked a milestone in a cultural series that it has supported in this community space. Ten years of the ‘mike-less’ concerts in the Chess Square of this park.

On Sunday morning, the students of Viswa Vidyalaya of Vandalur presented a rather vibrant bhajan-based concert to a large audience of walkers, guests and Sundaram Finance executives. The concert was for an hour from 7 a.m. and later, the company’s MD, T T Srinivasaraghavan presented mementos and certificates to the students who performed on stage.

It was also an occasion for the MD and his team to gather at the Chess Square for a keepsake photo to mark this milestone which has also got a place in the Limca Book of Records in India for the longest running concert series of this nature.