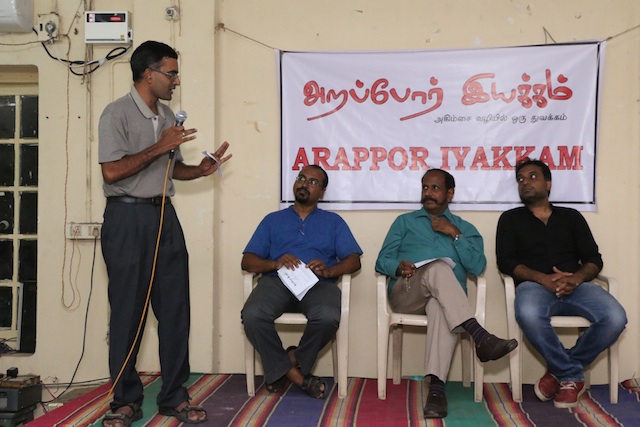 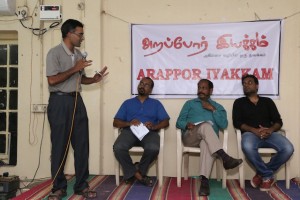 Mylapore MLA says that a few TASMAC liquor shops which are the cause of local civic and law and order problems will be shut down soon.

He also says he will work to bring better co-ordination between state agencies to streamline garbage disposal, road cuts and sewage issues.

The MLA said this and more at a Saturday evening meeting hosted by the local unit of Arappor Iyakkam at Srinivasa Sastri Hall, Luz. About 50 people attended.

The big issue raised by Mylaporeans concerned garbage clearance. Natraj says he will get the schedule of Ramky, the private clearing agency, make it public so people know of the schedule and then push the agency if the job is not done.

The MLA also said he is monitoring the Metrowater project on P S Sivaswami Salai ( the road is closed now for a major pipeline repair and rehaul work since December last) and work towards bringing back the two-way traffic system on R. H. Road and Luz Church Road.

The MLA wanted people to work with state agencies and also followup with his office on pressing issues.

2 Comments on “Some liquor shops will go, pushing for two-way traffic system at Luz; MLA”