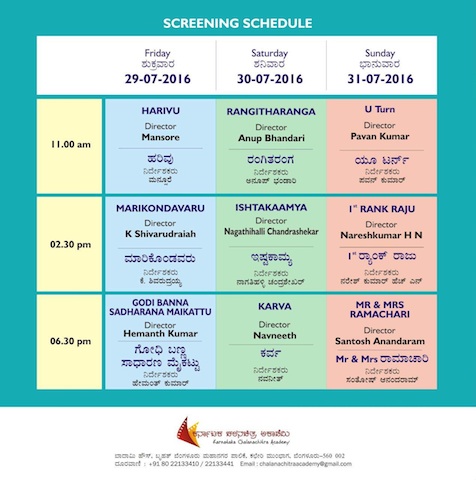 A three-day Kannada Film Festival opens this morning at Russian Cultural Centre, Kasturi Ranga Road, Alwarpet. Three films are screened daily and they are open to all film buffs of the city.

The fest is aimed at promoting the best and popular Kannada films in states outside Karnataka. It also comes in the wake of the success of films like Thithi and U Turn which have had a good run in city theaters some time ago.

Posted here is the festival schedule – 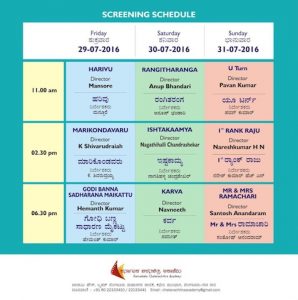