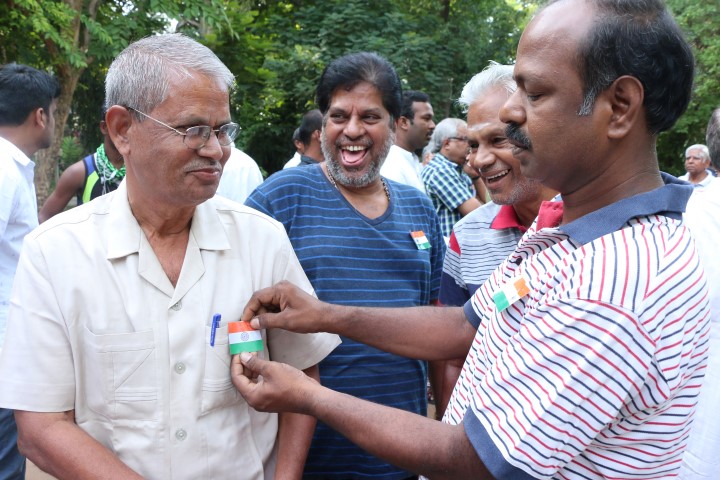 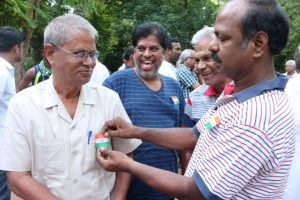 While seniors were spotted getting flags pinned to their shirts at Nageswara Rao Park, Luz (seen in the picture), a group of residents had gathered at the Corporation Park at 7th Main Road, R. A. Puram to hoist the flag and distribute prizes to the winners of a speech competition held earlier. 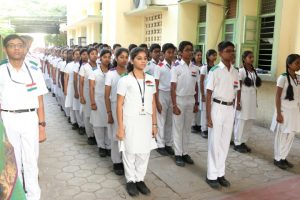 At Sir Sivaswami Kalalaya Senior Secondary School, Mylapore, students assembled at the school today to hoist the flag and participate in the march past. 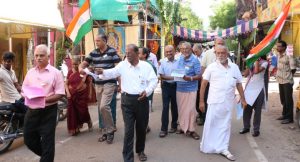 At Kalyana Nagar Association, Mandavelipakkam, a campaign was conducted to spread the need to keep the area ‘clean and green’ and pamphlets were distributed to the residents there. 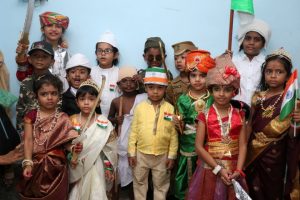 Dwarakamai Educational Centre, a trust run by Kalyani Muralidharan, hosted competitions for children at C. I. T. Colony, Mylapore. Children came dressed as Indian leaders to participate in the fancy dress competition and then indulged in a sumptuous lunch.

Karate Master A. R. Sundar conducted a self defense awareness camp for women on Aug 14 at Mandaveli. More than 50 women learnt important moves and how to defend themselves in difficult situations.