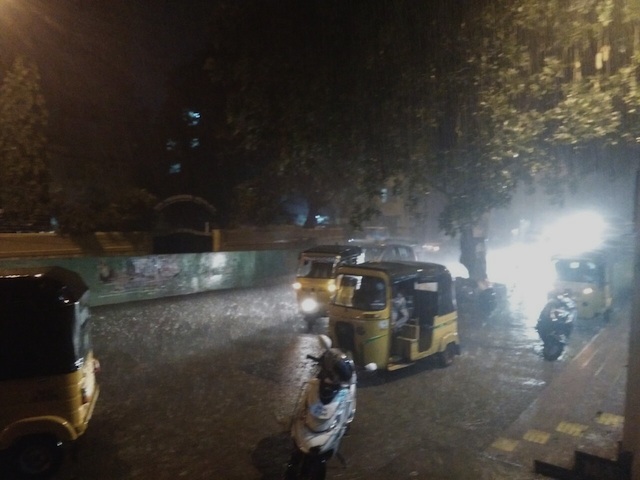 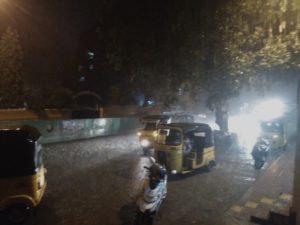 Less than an hour after the rain began on Thursday night, many main roads in the neighborhood began to flood with rainwater on both sides.

At the St Mary’s Road and Billroth Hospitals junction on C P Ramaswamy Road and along Sringeri Mutt Road ( seen in photo here) , alongside the MRTS station, rainwater rose and covered the sidewalks by 8.30 p.m.

On Kamaraj Salai in R A Puram, off KVB Gardens where the drains get clogged quite often, rainwater flooded on both sides of this narrowed road.

In many places where Corporation workers had cleared the drains of silt and waste and dumped it on sidewalks, the rain washed away the silt, mostly into the drains that had been cleared, exposing the sloppiness of the civic work.