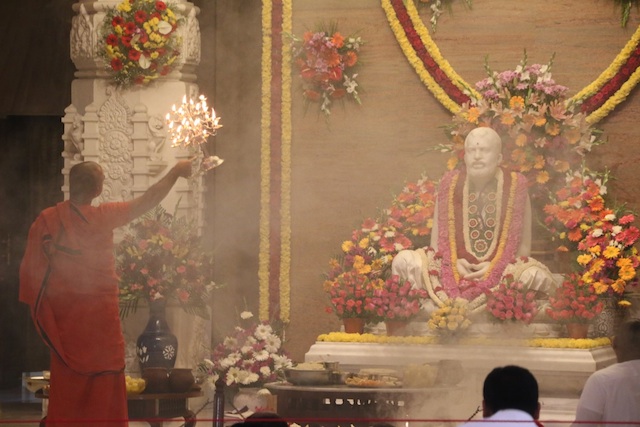 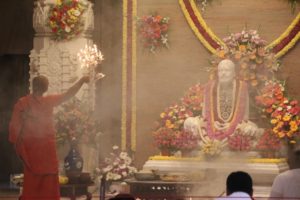 The 155th birth anniversary of Swami Vivekananda was celebrated at a few places in Mylapore on January 19.

That morning, the youths who reside and study at Sri Ramakrishna Mission Home took out a simple procession through the streets of the neighbourhood – towing a large photo of the swami.

The events at the Universal Temple on R K Mutt Road were elaborate.

Aarti was done to the image of Sri Ramakrishna here; many students and adults took part in the events. There were discourses by the Math swamijis.