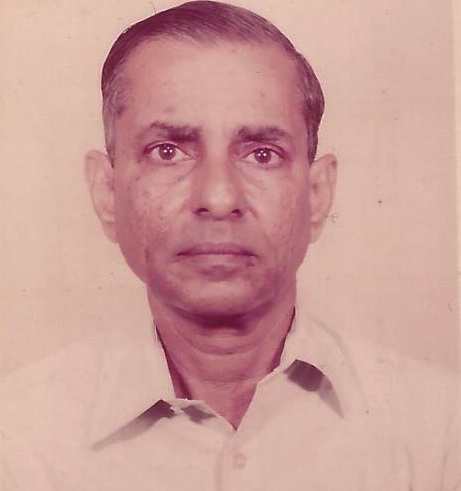 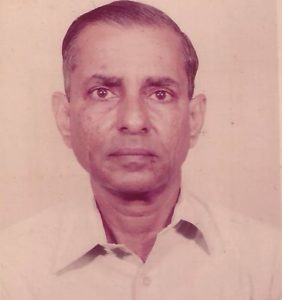 Dr. K. S. Narasimhan, 91, retired professor of Obstetrics and Gynaecology, Madras Veterinary College passed away peacefully on Dec 22, 2016.  He was a resident of Warren Road in Mylapore for over 5 decades.  He had an active private practice and was known as  “Mylapore  Mattu Doctor”.  He had won several awards and accolades for his pioneering techniques on animal reproduction on large and small domestic animals and enabled him to save hopeless cases. He had published several articles in National and International journals.

He is survived by his wife and 4 daughters,  a son and 9 grandchildren and great grandchildren.  His family can be contacted at 9445993374.

If there was one word that I would use to describe my beloved grandfather who passed away a week ago, it would be passion.  In everything he did, he exuded passion to the utmost.  Be it his family, his career, music, food or killing every last mosquito, he always approached everything with a zeal and fervour that leave the rest of us mystified.

Growing up, I spent nearly every summer holiday with him and paati.  Even though he had a thriving career as a veterinarian and seemingly took care of practically every cow in the greater Mylapore area, he always made it a point to see to it that his family was well taken care of.  He took great pleasure in going to the market every day where he would choose the freshest “keerai du jour”, which he would then painstakingly deliver by cycle express to each of his children’s homes, much to the chagrin of us grandchildren. Cream of Spinach soup – essentially keerai masiyal mixed with curd – was his specialty.

In the evenings he would methodically and meticulously sweep every last corner of the house to ensure that we slept in clean surroundings before laying out the mattresses.  This was a chore that only he could do to perfection.  Even if someone else offered to do it he would do it himself again.  If you knew thatha, you can still picture him in his white shorts, squatting with broom in hand and raging war with the mosquitos.

And then there is the music.  Not only did he take great pride and pleasure in taking me to so many of my music classes and attending each and every one of my performances no matter which corner of the city it was in, but he could do a “Madurai Mani” like no one else. If he could not master a particular sangati, he would sing it over and over until he got it just right.

But above everything else, it was his love for his family that was paramount.  Noone was a match for his children or grandchildren.  Of course, we grandchildren were well aware of the constantly fluctuating hierarchy among us, but we also knew that at any given point we could garner that coveted top spot again!

There was no one like Thatha and there will never be another person like him.  He was truly one of a kind.