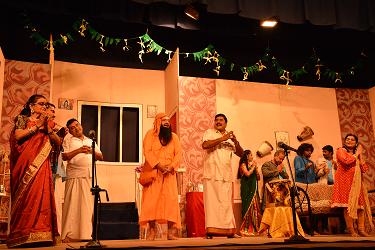 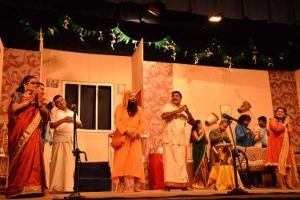 And to celebrate their anniversary, a Tamil comedy play ‘Kasethan Kadavulada’ by Chitralaya Gopu and Sriram, dramatised and directed by by Y. Gee. Mahendra and his group was presented on April 7 at the school’s campus at   R. A. Puram.

The event started off with the lighting of the kuthivilakku by Dr. Meena Muthiah. Later the play which provides budding artists with a platform to showcase their talents was presented much to the delight of the several hundred rasikas who had gathered there to watch the show.