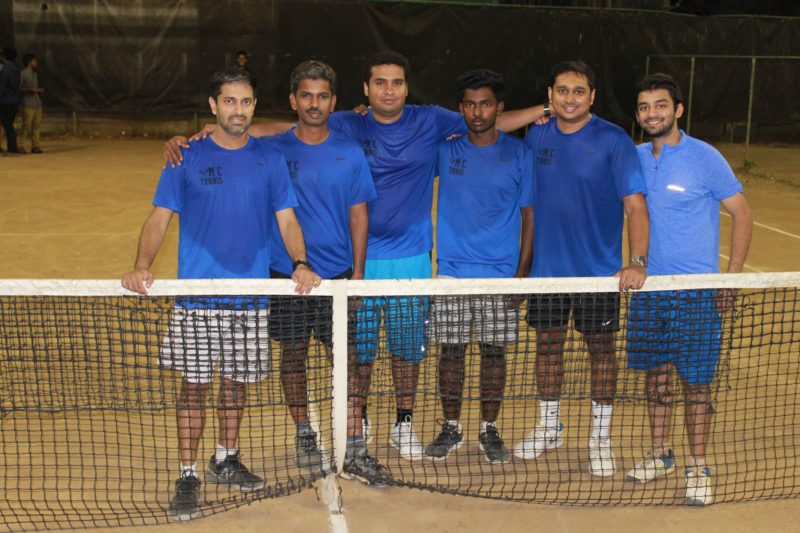 At the finals of the TNTA-Sanmar inter-club tennis tournament held between Mylapore Club and NTC on April 8 at the club’s premises at Luz, the hosts won with a score of 3-0 and sealed their promotion to C zone next year. They have also remained undefeated for the entire season winning all their league matches.

The team comprises a diverse group of individuals ranging from students and working executives to self employed professionals. For details contact the captain of the A team, Sooraj Viswanathan at 9500013932.